Boyfriend is on his way to see Girlfriend for a date they’ve been planning for weeks when a “bunny-like” female approaches him and challenges him to a rap battle, saying, “Whoever wins gets all the money of the other!” Boyfriend accepts the challenge and wagers on the date money.

This Friday Night Funkin’ Mod was developed by Rechi. If you want to download FNF Graffiti Groovin’ VS. Skarlet Bunny Mod, you can visit the mod’s official page on GameBanana. But don’t forget, you can always come back and play this enjoyable FNF Mod on FNFMods.Net without needing a download.

How to play FNF Graffiti Groovin’ VS. Skarlet Bunny Mod? 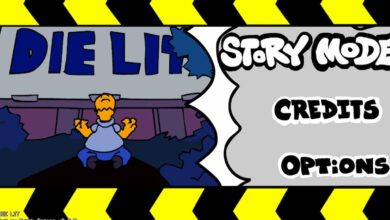