VS. Skippa Mod is a Friday Night Funkin Mods that brings the leader of The Penguins of Madagascar, Skipper to the FNF universe.

The Penguins of Madagascar is a world-known American cartoon series co-produced by DreamWorks Animation and Nickelodeon. As many of us known, The Penguins of Madagascar features four penguins, two chimpanzees, and three lemurs. FNF vs. Skippa Mod‘s star Skipper is the head of these penguin crew. Other than Skipper, Kowalski, and lemur King Julien are my favorite characters in this cartoon series.

Skippa’s Lawg, Day 1028: Some blue haired tiny man has challenged me to a rap battle. This guy seems very dangerous and is saying some questionable stuff. I need to stop him.

How to play Friday Night Madness vs. Skippa Mod? 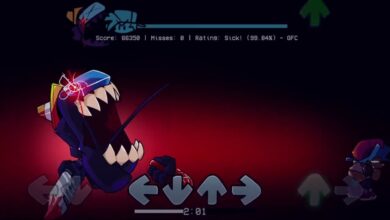