FNF VS. Pocoyo is a lighthearted Friday Night Funkin mod set in the Pocoyo universe, where we meet Pocoyo, Patao, and Wacha.

This mod is based on the TV show Pocoyo and is currently a demo that took 47 hours to complete.

This Friday Night Funkin’ Mod was developed by Rechi. If you want to download FNF VS. Pocoyo Mod, you can download it from GameBanana. But don’t forget, you can always come back and play this enjoyable FNF Mod on FNFMods.Net without needing a download.

How to Play FNF VS. Pocoyo Mod? 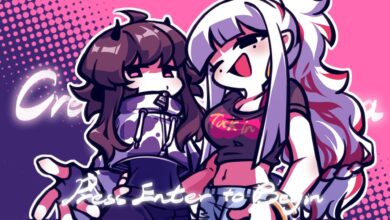