Developed by Pouria_SFMs, VS. Freddy Fazbear is one of my favorite Friday Night Funkin Mod ever with its main antagonist Freddy Fazbear and the general design of the character.

Freddy Fazbear is the main character of the popular point and clicks horror game series, Five Night At Freddy, also known as FNAF.

In the story of VS. Freddy Fazbear Mod FNF, Boyfriend and Girlfriend sneak into the pizzeria at night and challenge Freddy Fazbear, who is the mascot of one of FNAF games Freddy Fazbear’s Pizzeria and a murderous robot possessed by a dead child, to a rap battle. But are they the only ones there? 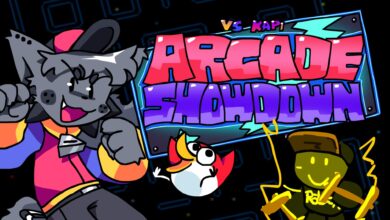