FNF Baddies: Nightmare is a Friday Night Funkin Mod that puts you in the shoes of Jasmine for her invasive and bizarre escapades.

Enter Time Square with Jasmine and Nova as they spend time together when the impossible occurs. Fight against “Atrocity,” a combination of Stephanie and Mommy Mearest, as it tries to kill you on top of a moving train through New York.

Nightmare is a short spin-off of Baddies: Reloaded that serves as a preview of what the team has in store for the future.

There is only one song in this FNF Mod, which is called Nightmare.

This Friday Night Funkin’ Mod was developed by Cxasanova. If you want to download FNF Baddies: Nightmare Mod, you can download it from GameBanana. But don’t forget, you can always come back and play this enjoyable FNF Mod on FNFMods.Net without needing a download. 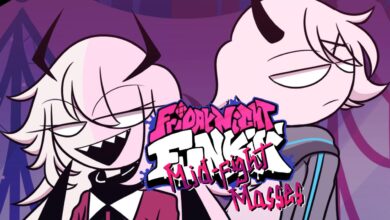